KIM Jong-un is alive but is probably unable to walk or stand up, a high-profile North Korean defector and former diplomat claims.

The dictator has not been seen in public since April 11 sparking reports he has died or is in a vegetative state following heart surgery.

Kim failed to attend the annual birthday celebrations of his grandfather Kim il-sung, the revered founder of North Korea, on April 15.

Thae Yong-ho, an ex-diplomat for the rogue state who is now a South Korean politician, says the leader’s absence from the celebrations – known as the Day of the Sun – prove he is ill or injured.

He told CNN: “Kim Jong Un is not only the leader of North Korea, but he is the grandson of Kim Il-sung … to North Korean eyes it is really abnormal.

“I’m not quite sure whether he really had some surgery or whatever, but one thing is clear… he cannot stand up by himself or walk properly.”

While the high-level defector did not provide any supporting evidence, Kim is known to struggle with his weight reportedly tipping the scales at up to 20 stone.

The 36-year-old despot is known for his unhealthy lifestyle including his love of rich foods, booze and cigarettes.

There have been reports in Japan and Hong Kong that Kim died or is brain dead after a botched heart operation.

However, Thae says these claims are most likely incorrect give the incredible secrecy surrounding Kim Jong-un.

He said: “The only people who can confirm his real condition might be Kim Jong Un’s wife or his sister, or his close aides.

“Those rumors of where he is now, (or) whether he has any surgery, I don’t think that is really based on the facts.”

Thae pointed to the death of Kim’s father Kim Jong-il which was announced 51 hours after it happened in 2011.

In fact, the country’s then-Foreign minister was told about the dictator’s death only an hour before it was officially announced, he said.

Reports from South Korea claim that Kim underwent heart surgery on April 12 and was seriously ill.

The country’s intelligence services detected “nothing to confirm” the rumours, officials said, and ally China also denied he was gravely ill.

But Japanese newspaper Shukan Gendai last week reported Kim had been left in a vegetative state by the bungled operation.

Unconfirmed reports claimed the North Korean leader was taken to hospital after clutching his chest and falling to the ground while out in the countryside.

He had a procedure to insert a stent but it went wrong because the terrified surgeon’s hands were shaking, it was claimed.

Ramadan 2020 – UK timetable for fasting and how long it lasts

She said on Chinese social media site Weibo that a “very solid source” had told her that Kim had died but did not give any further details.

Reports yesterday suggested he had been staying at an exclusive private villa on the country’s east coast after a number of people around him tested positive for coronavirus. 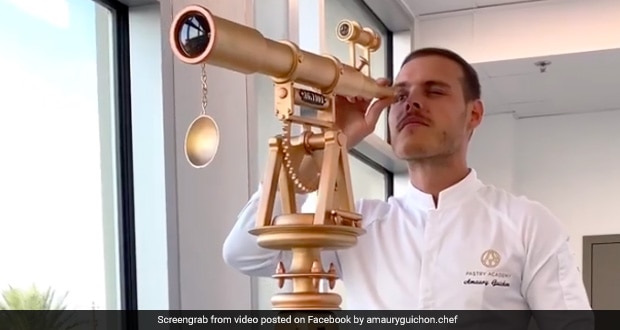 Viral Now: 5ft-Tall Telescope Made With Chocolate Seems to be Too Good To Eat!